After 1945, the sector of the uranium industry formed in the territory of the Czechoslovak Republic. On 23 November 1945, “The Agreement between the Government of the Union of Soviet Socialist Republics and the Government of the Czechoslovak Republic on the expansion of ore and concentrates mining in Czechoslovakia, containing radium and other radioactive elements, as well as on their supply to the Union of Soviet Socialist Republics” was signed. Factually, the agreement had following consequences for this sector: Even before February 1948, any enterprise in this sector was nationalized; Czechoslovakia voluntarily forwent its opportunity to dispose freely of the part of its mineral resources for the benefit of the USSR; the agreement concerned also until then undiscovered deposits. 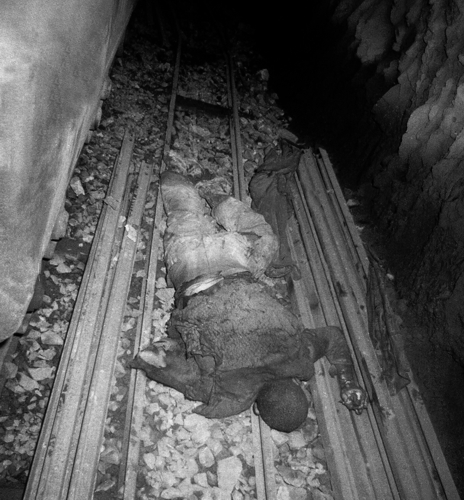 Besides the permanent staff, unfree labour forces were sent to the uranium industry. First, there were German prisoners of war who were located in 9 uranium camps that existed in 1946–1950. Altogether, there were nearly 5000 prisoners of war. In 1949–1951, five hard labour camps existed in the places of the uranium ore production. They were established pursuant to the Act No. 247/48 Coll., on the hard labour camps. About 5000 citizens got through these camps. And finally, the people in the execution of a punishment were placed to the uranium industry in 1949–1986. The prisoners were located in 18 camps. On the basis of a qualified estimation, it can be stated that approximately 90 000 prisoners got through these camps. In the processing be use the main fact-finding sources: The Archives DIAMO, SUL (the archives of the former uranium mines), The Czech Mining Office, The National Archives (personal files of prisoners), The Prison Service of the Czech Republic, workplace Skuteč (personal cards of prisoners), The Office for the Documentation and the Investigation of the Crimes of Communism (register office – specific cases of the given area), The State District Archives (SOkA) Karlovy Vary and Příbram, The Archives of Security Units (ABS).

The final release is a publication, containing not only names and figures of deceased people but also a primary segmentation of causes of death (work injury, suicide, disease, gunning down on the run etc.). A certain part of the publication is dedicated to a basic characteristic of the types of unfree work forces (prisoners of war, inmates, prisoners) and facilities in which they lived. Minimally one particular case is always be chosen from each category and a greater attention is paid to it. This case is described and analysed in detail. In some cases, this will stand for an overrun the “post-November Age” and observation of the punishment of the offenders, let us say “coping with the Past”.

In total was found 501 deceased unfree labour forces in the area of the uranium ore production 1946–1986 (19 German prisoners of war, 4 people of established pursuant to the Act No. 247/48 Coll., on the hard labour camps and 478 the people in the execution of a punishment.