The Vojtěch (Adalbert) Mine 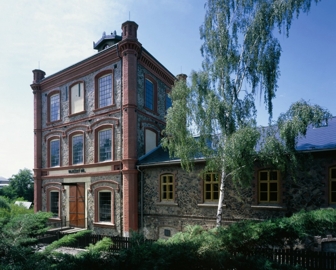 The Vojtěch (Adalbert) Mine in Příbram - Březové Hory belongs to the main and from the economical view the most important mines of the Březové Hory Mining District. It made the Příbram Region famous by its rich mining history starting at the time of the Celt colonization.

The shaft was started to be excavated in 1779 in the valley at the Koráb Hill, not far from the original mediaeval pit. In 1875 the miners of the Vojtěch Mine reached the depth of 1 000 m as the first ones in the world using only one mine-cable. Not only the miners but also state and foreign authorities celebrated that triumph in a grand way. The original shaft building constructed in 1779 was replaced by a new one in 1870. It is a magnificent industrial object of the end of 19 th century which belongs to the dominants of the Březové Hory Community. 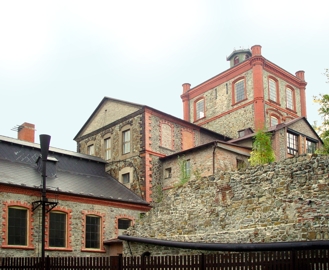 The total depth which was reached at the Vojtěch (Adalbert) Shaft was 1 248.9 m by 35 th level; the total depth, so called 'free depth', of the pit was 1 262.9 m. The excavating in the shaft was ended in 1935; the exploitation was running until 1978. In 1996 the Mining Museum in Příbram bought the main shaft building and the engine room of the Vojtěch (Adalbert) Mine from the private companies which gained the objects at the beginning of the 1990s during privatization of enterprises and real estates. In 2000 the historical building of the Vojtěch (Adalbert) Shaft was opened to the public at the ceremony which was held on the day of 125 th anniversary of carrying the vertical depth record. 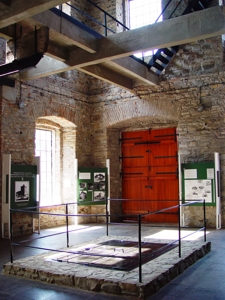